From September 15th I will be exhibiting 15 Portraits at the Tabernacle Arts Centre.

'Community - The People of Bayswater'

With a photographic career that includes shooting pictures for newspapers, the BBC, magazines and the music industry David Bruce returns to Bayswater to document the community where he grew up. The series of 15 portraits celebrate the characters that live and work in the area, the local figures that make Bayswater a pleasant place to be.

In an age of digital expansion David is using a film camera built in 1972 to portray the people of contemporary Bayswater. With skilled lighting and spontaneous composition David captures decisive moments in the lives of the local heroes. The portraits are shot on medium format black and white film and hand printed using traditional methods. The images have a surreal quality, a casual intensity reminiscent of the old masters of portraiture.

The exhibition will also celebrate the colourful and extraordinary characters that have lived and worked in Bayswater in the past.The People of Bayswater have included: William Whitely 'the Universal Provider' who was dramatically murdered in his department store; Camille Silvy a prolific pioneer in the earliest days of photography; Alexis Korner, the founding father of British Blues music; the notorious political terrorist Carlos the Jackal and the comedian, writer and actor Spike Milligan.

The Gallery at The Tabernacle,

The project is sponsored by: 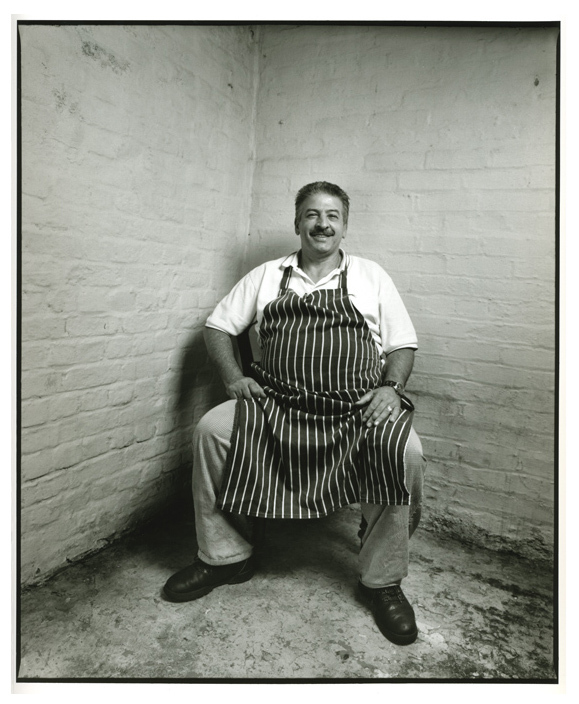 Please do not use these pictures without my permission.